The International Good Sam Recreational Vehicle Club
Tumbleweeds was organized in the fall of 1986 by seven Boise area families who had discovered that they had mutual desires and needs in recreation which could not be adequately met without the formation of Tumbleweeds. The founding RV families, two of which are still active in 2013, were:

Walt and Suzanne Akers
Don and Loretta Alloway
Gordon and Connie Bouza
Wayne and Mavis Hagberg
Don and Vanna Kay Hiatt
Monte and Mary MacConnell
Glenn and Patricia Osborn
Most of the founding families were working couples who could not attend outings during the week, and would miss part of the activities if they carried over the weekend into the work week. The desire to join a “camping club” existed to satisfy the desire to camp with other people of similar age and did not extend to evening meetings at people’s homes, hobby gatherings, or other charitable and civic activities. The founding families all agreed that camping ought not to be limited to professionally run parks and campgrounds. They wanted to be able to enjoy some of the natural beauty away from such facilities and Idaho offers among the most abundant natural beauty and unimproved camping splendor in the west.The organization of Tumbleweeds is straight forward and simple:
Some traditions of Tumbleweeds that have emerged over the years:
One of the very best things about camping is that it is something enjoyed by a very diverse cross-section of the population. Many Tumbleweeds members would not have had the opportunity to meet and socialize with the other members were it not for camping. We come from many walks of life but there is something about the camping life that reminds us that we are all equal citizens of this great land. We become lifetime friends with people we would otherwise never meet. This friendship is perhaps the finest of the traditions of Tumbleweeds. Tumbleweeds has been successful because of its simple approach toward the camping experience; the friendly people who are members, and its good neighbor approach toward camping for the enjoyment of it. 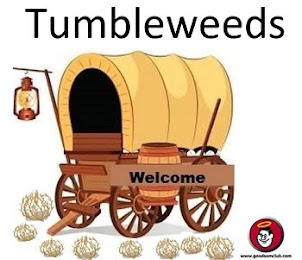